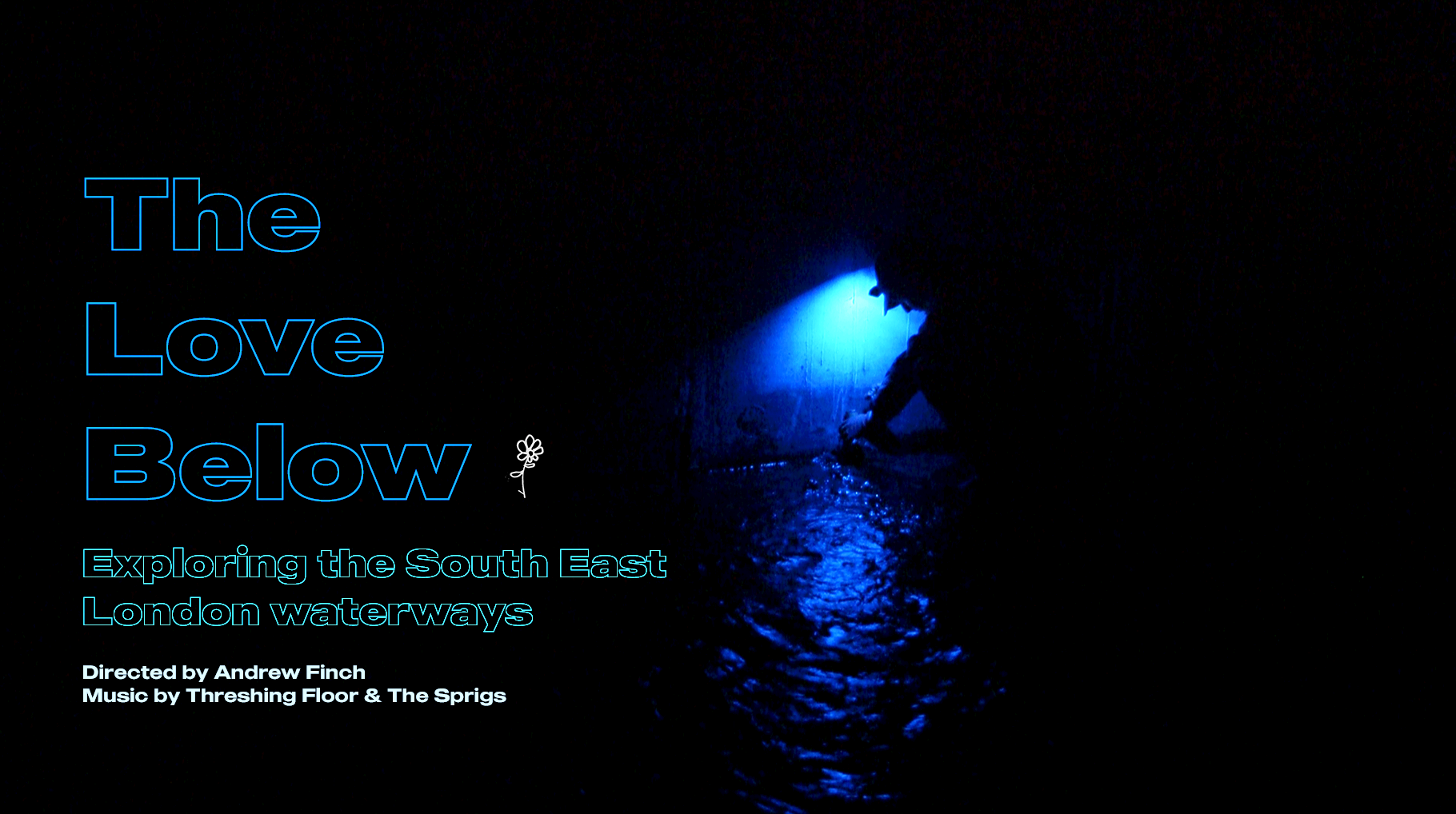 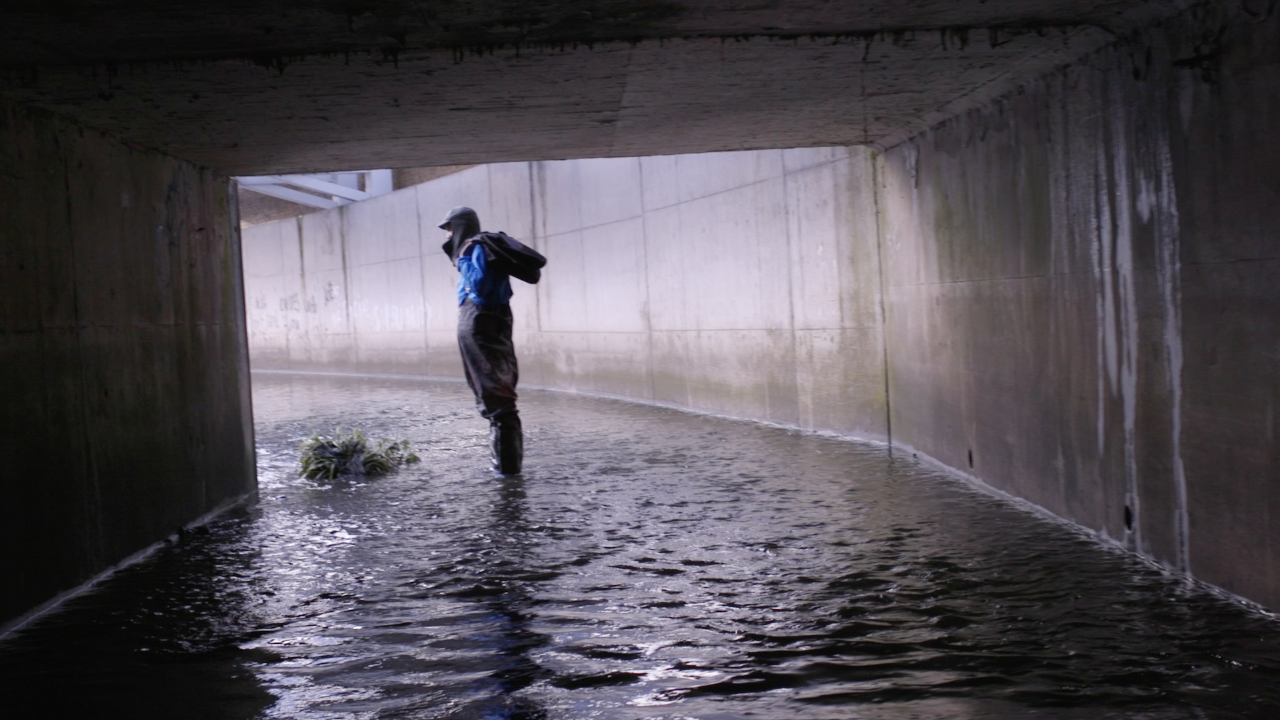 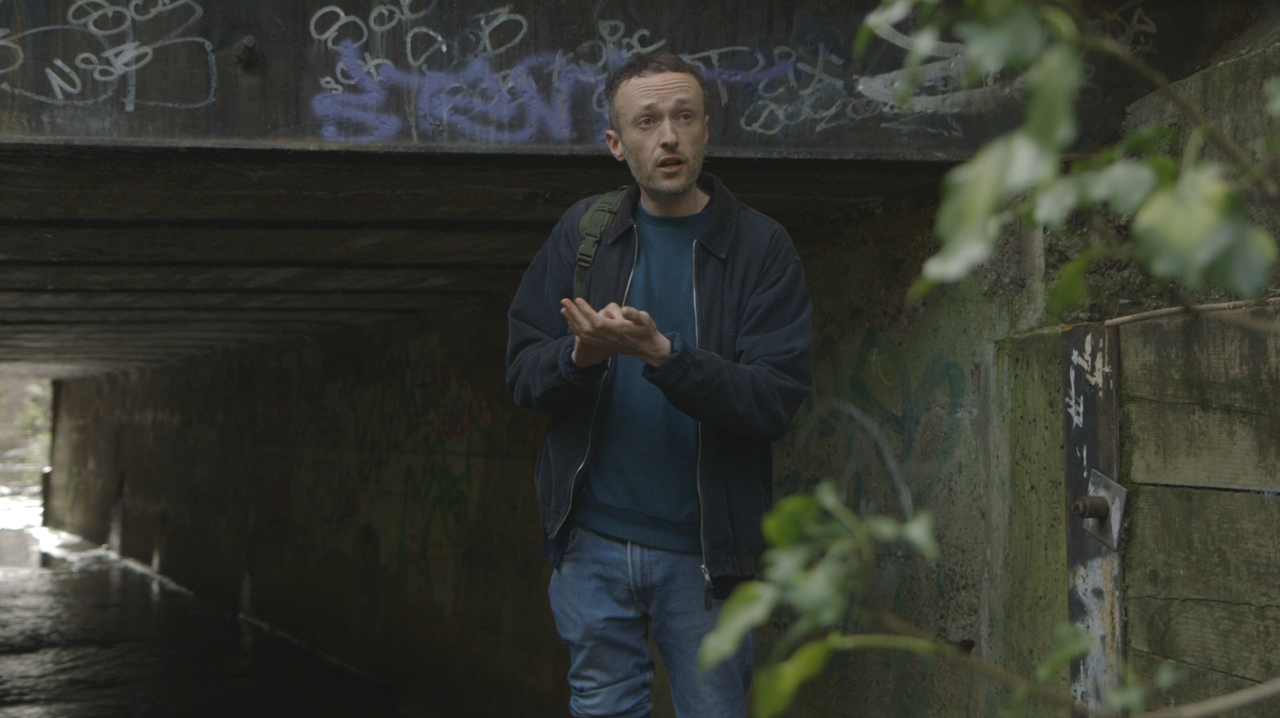 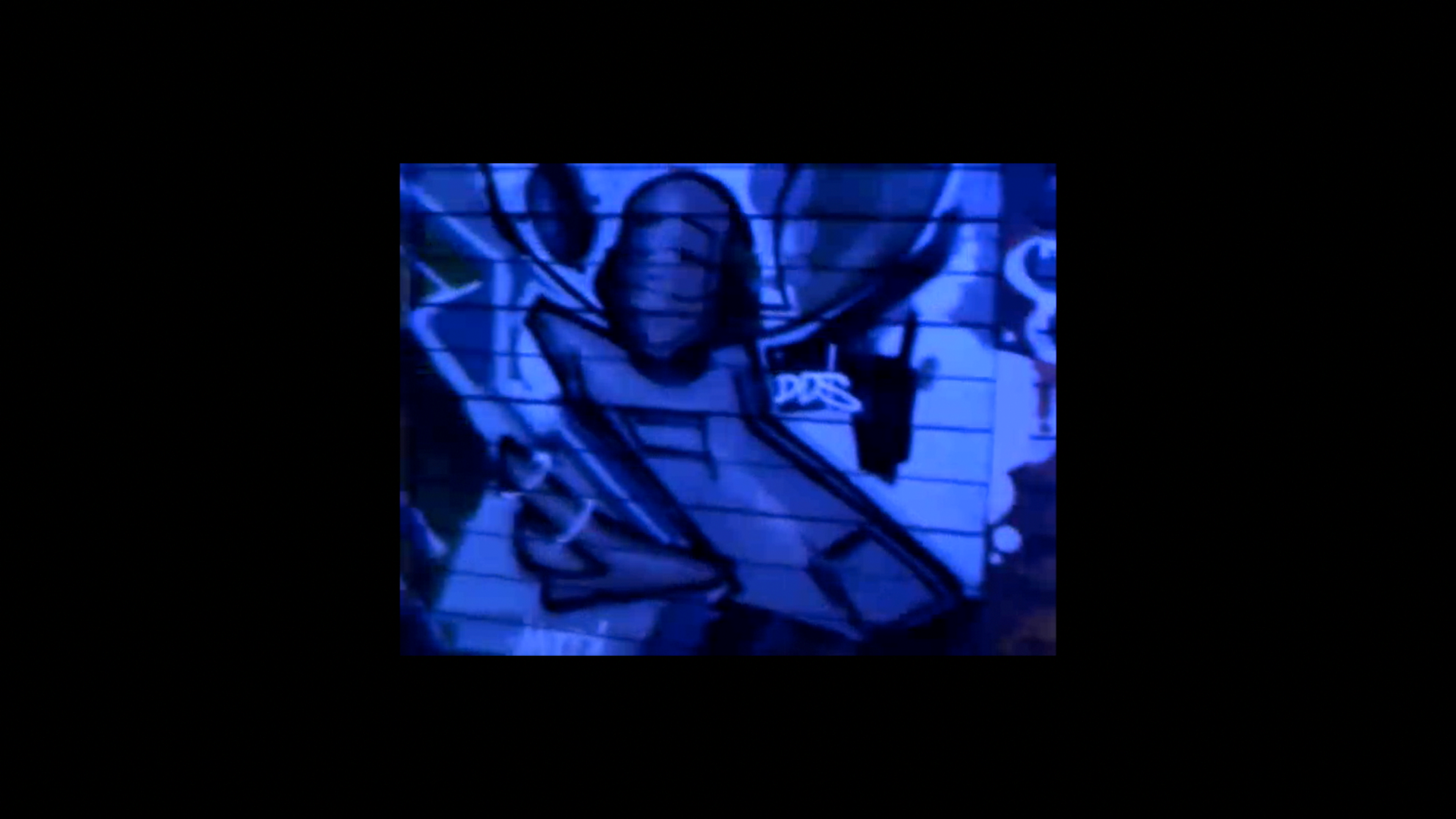 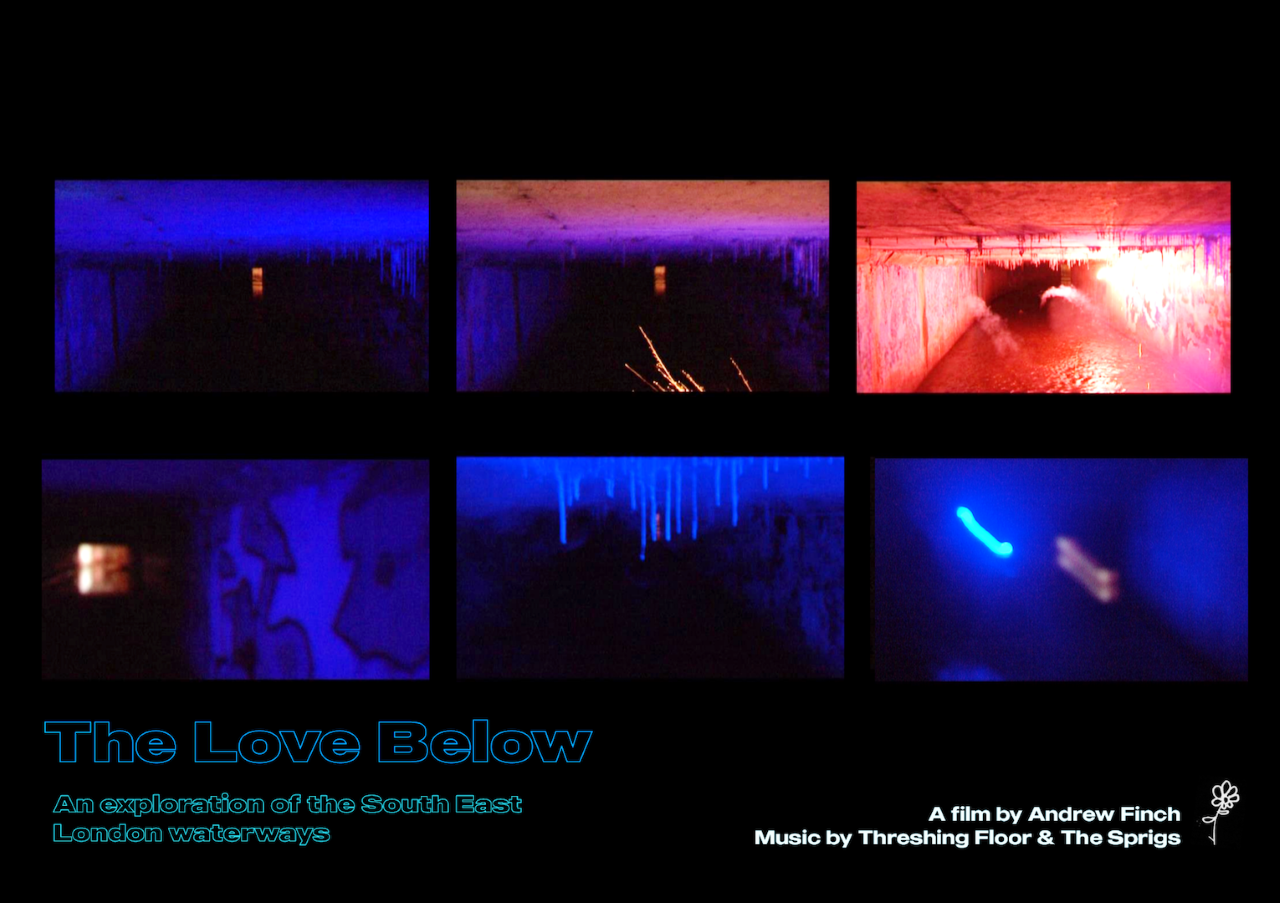 The evening will start at 22:00 with a screening of Landscapes of the Heart (2019), premiere of The Love Below (2021), followed by audience discussion and Q & A led by Rachel Lonsdale.

The Love Below is a short film exploring the South East London waterways and their dwellers. Below the street level of the Unreal City, the tributaries of the Quaggy and Ravensbourne River run 17km through London’s South East boroughs, largely unseen.

Over half a century, mythologies have germinated from the etchings of the fabled Lewisham Nature Man’s thistle and crown carved into the wild corners of its subterranean holdings. Graffiti writers have made its tunnels their temporary dwellings and coated their walls in psychedelic paintings. Generations of local youth have scrawled their loves, woes and words beneath their bridges. Urban fishers have cast their flies into abandoned docks looking for their prize beneath the surface. All the whilst London’s history has run its turbulent course in the world above…

The Love Below explores a segment of individuals who have, at a moment in time, ventured into the Quaggy and Ravensbourne rivers in search of something below its embankment walls and depths. With a nod to the ecological future of the rivers as well as their spatial opportunity to roam invisibly from the crowds, the film centre’s itself as a meandering journey; full of dead ends and early 2000s cultural homage, beauty and solitude, graffiti and escapism, storytelling and mutterings and the unbridled joy of wandering off the beaten track from the city itself.

Presenting archive footage, documentary film, found sound and text, The Love Below is a short film directed by Andrew Finch and scored by Threshing Floor and The Sprigs.

Andrew Finch (b. Brighton, 1994) is an artist based in South East London whose practice explores subcultures and urban space before, within, and after the advent of digital technology. He works predominantly through filmmaking, collage, writing and audio.

The archive forms an essential medium for Andrew’s work, using found and repurposed film to explore how groups of individuals have created ripples through British counterculture history. Focusing on the locations of activity, he follows these paths to document where residual memory resides, mapping the mythologies and narratives of the spaces and individuals in their often-forgotten pasts, placing the artist as an unseen subject at the heart of his work. By challenging their inherent nostalgia as well as celebrating them, he investigates the notion of how esoteric and underground cultures have utilised technology as means of representation by presenting them in a contemporary context through essay, documentary and film collage.

Andrew’s projects are often located in spaces of a transitory nature; urban wastelands, disused rivers, counterculture ruins and liminal places within the city, interrogating notions of public and private space, inviting refuge and the urge to reappropriate their original use. Andrew’s award-winning first film, Landscapes of the Heart (2019), explored Brighton’s subculture histories of rave, skateboard, graffiti and squatting over the past two decades through music, text, archive and contemporary film in a love letter to the city he once called home. 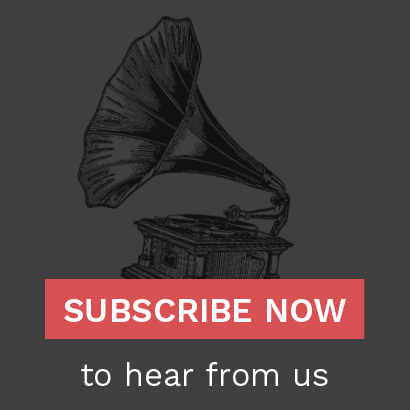